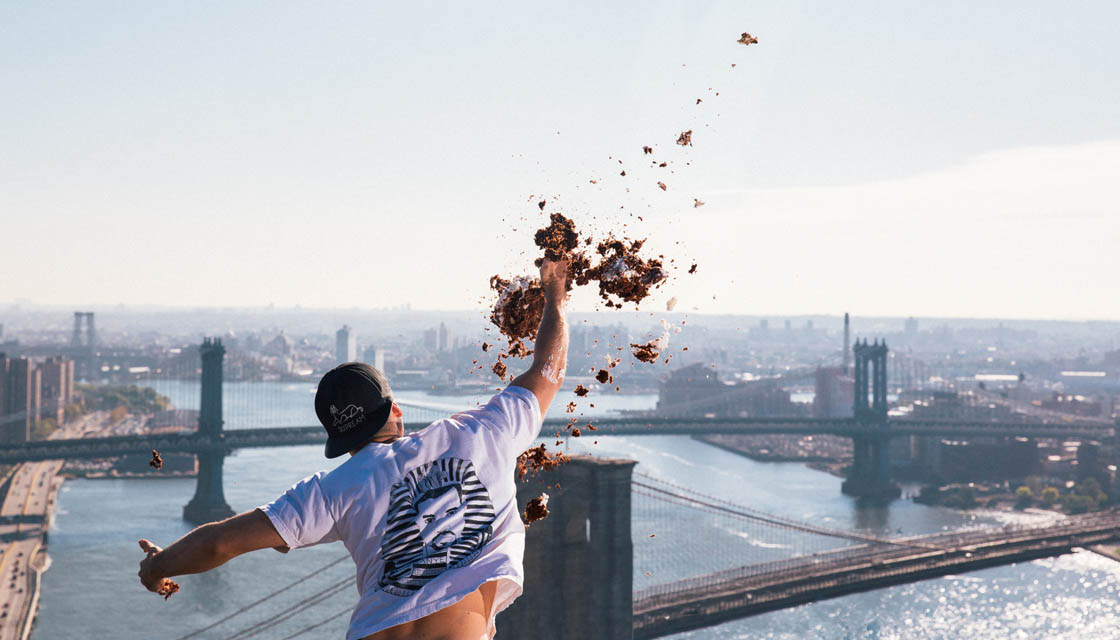 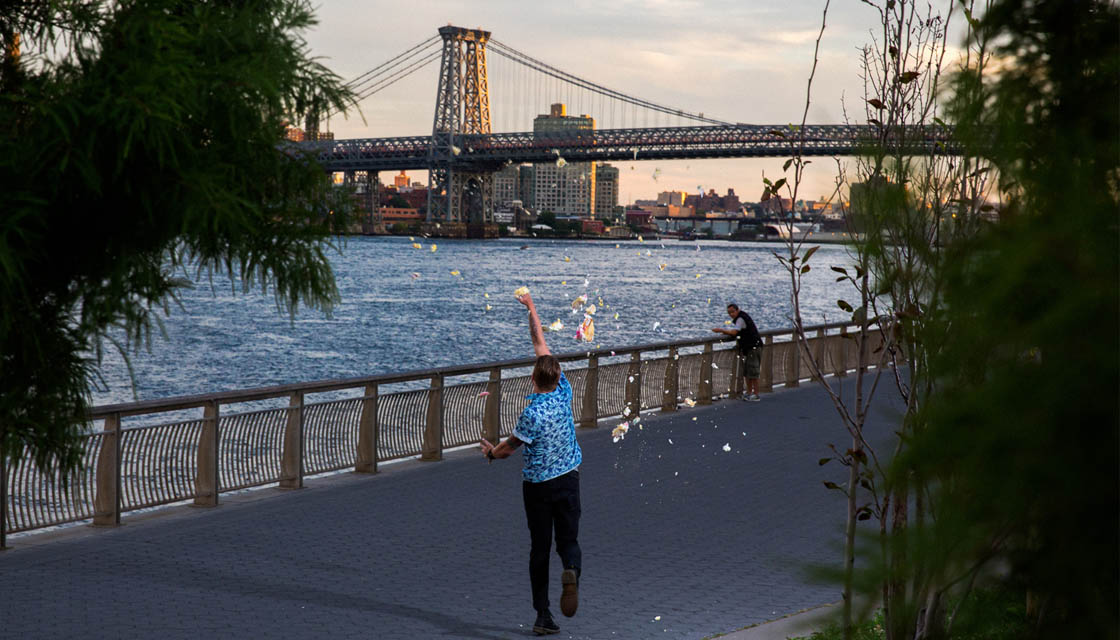 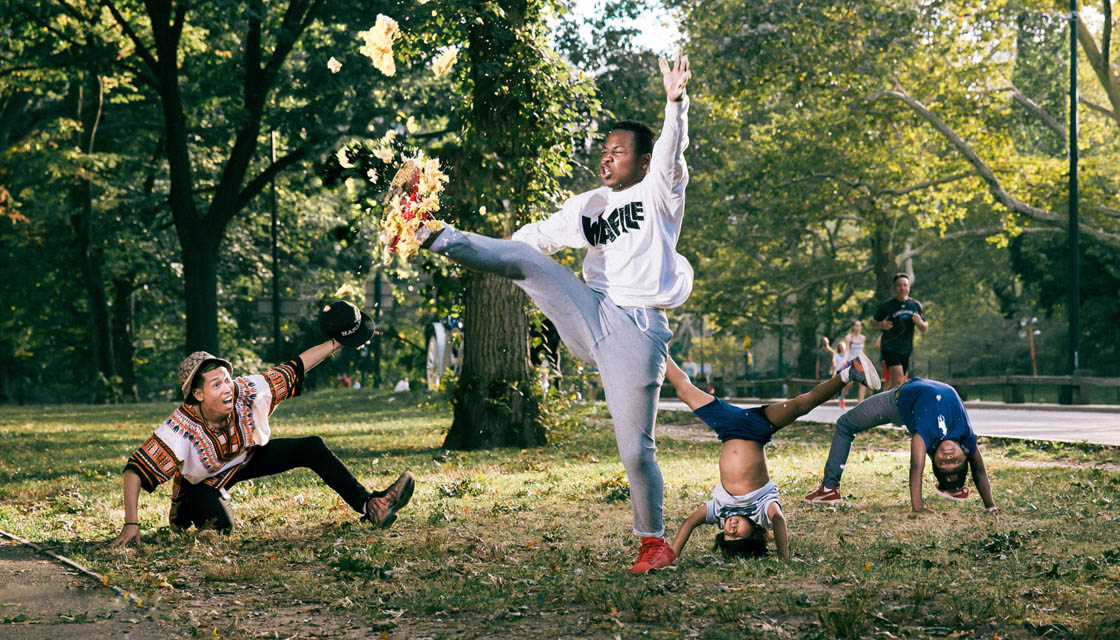 New York based artist, Geoff Levy said hello to us on Instagram. He is getting busy with his amusing project which is called “Cake Angry”. Here is how Geoff explains himself and his project; the Cake Angry.

About a month ago, I was on a photo shoot for a certain celebrity (think reality TV, cakes, and Hoboken, NJ). While we were given FOURTY cakes to work with, we only ended up using three in the setups, leaving me stuck with this plethora of pastries. I debated delivering the rejected desserts to the dumpster when it hit me—I could be frustrated at the waste and inefficiency, or I could channel this into something greater. What better catharsis than smashing cake? Consequently, #CakeAngry was born.

Real “New Yorkers” inducing explosions of beautiful lumps of frosting and colorful sprinkles against NYC backdrops. This series is my homage to those frustrating, wasteful instances of living in the city, pent up then purged via punting, punching, judo-chopping, and smashing into taxi windshields..

Below the series thus far, which is also posted on my Instagram. I’m only halfway through my supply, so expect plenty more coming. Thanks for your time, and I hope you enjoy #CakeAngry as much as I did making it. 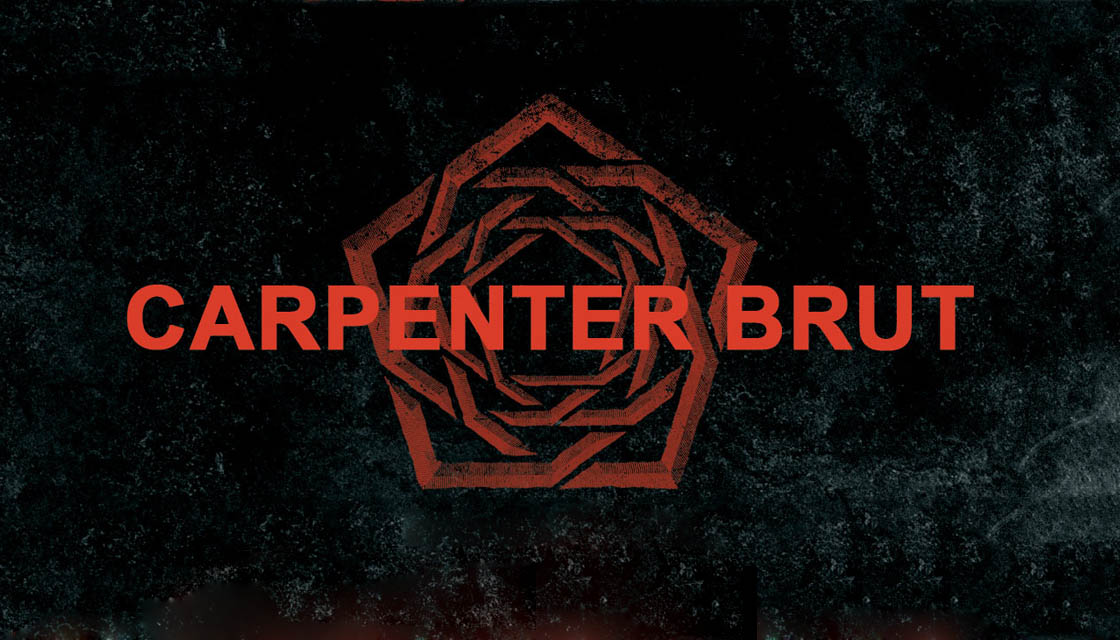